A spin & a BBQ in paradise 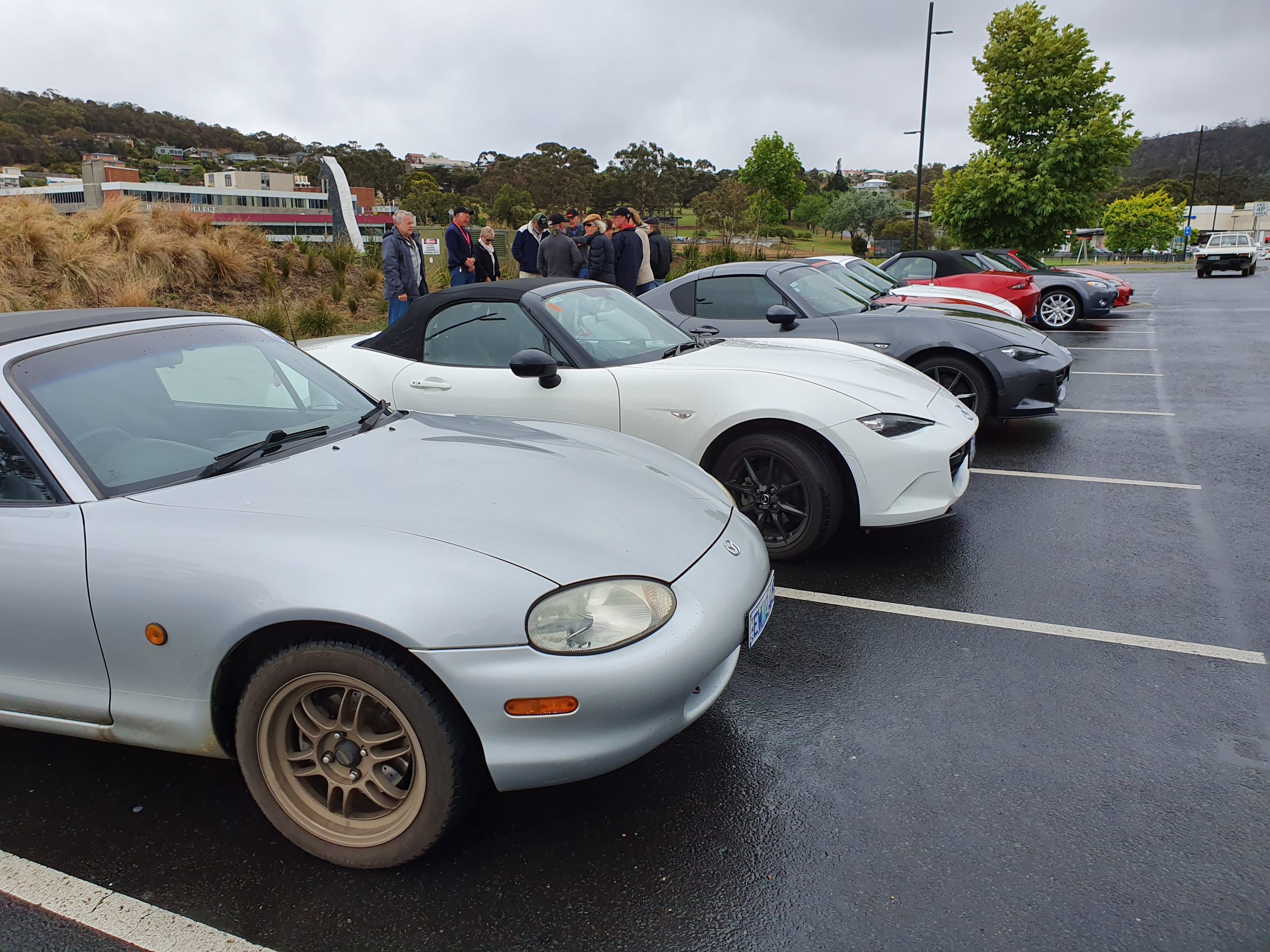 The end of another year and a chance to relax and hang out with the Southern Tasmania group was something to cap off another great year of MX-5ing!

We met at Rosny as usual, a good-sized group with new members Richard and Andrew along for the day.
The weather wasn’t looking good, but we all put on a smile and headed out towards Ferntree and away from the city traffic.

It was a surprise to get a clear run through to Lower Longley (its pub is the ‘Rosehaven Pub’ for fans of the TV series). The guys were keen to push on, as they could smell the carbonised steak and sausages in their imagination.

We had cleverly organised the “makings” of the BBQ to go ahead with the support vehicle (my wife’s red Beetle) and so we headed back and arrived in time to fire up the hot plate and begin to make the sacrificial offerings to the BBQ gods.

In short order people stepped up to take over the cooking and we all settled in to enjoy a glass of refreshment and a nibble on cheese while we waited. Door prizes were given away to a lucky few and the afternoon drifted into a very relaxed and pleasant time.

I’d like to end this report by thanking the Club’s Committee and President for all of their hard work to keep the Club so well organised.
I would also like to acknowledge and thank our outgoing Assistant Chapter Captain Rob Tanner for all of his efforts, and to thank David Pitt for accepting the role of Assistant Captain and
stepping up to help with the running of the Chapter.

Lastly, I would like to acknowledge all of the terrific Southern Tasmania members for making the past year such an enjoyable and memorable one.