Another season kicks off at Phillip Island 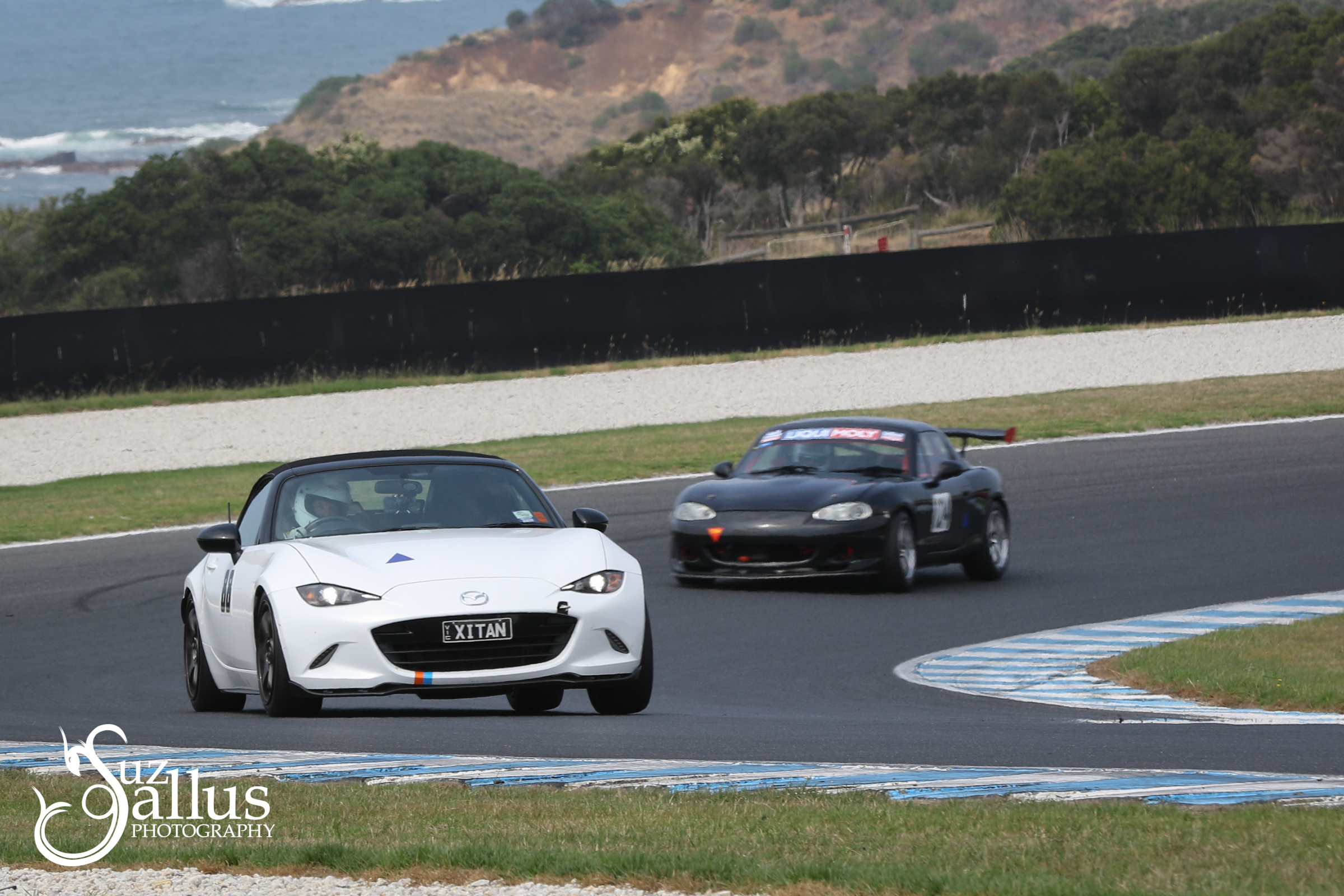 Saturday dawned cool and dry, with some smoke haze.

The WRX Club track day event started with the customary drivers’ briefing, when it was announced that the profits for the day would go to help those poor souls who had suffered because of the recent bushfires – a great gesture!

There were to be six run groups, from slowest to quickest. There was a problem at the end of the practice runs when a BRZ dropped oil over the main straight to Honda Corner, necessitating an extensive clean-up by the marshalls, volunteers and the perpetrator !

The weather warmed up and the times slowed, but the action was always frenetic. The day ran well after the initial drama and the driving standard was great overall, with few indiscretions. The times amongst the MX-5 crew were close and the socialising was very enjoyable. It was really great to see Vittorio Brambilla [aka Max Lloyd] and Lesley after Max’s recent medical issues, even just as spectators, as well as Robert [the car’s not finished] Downes. Hopefully they will be out on the track soon !

We all hope Randy is not seduced by driving his Dad’s Mini, and stays in the fold!

Round 2 of the 2020 Championship is the AROCA meeting at Sandown on 22 February. It’s in Melbourne’s backyard, so come for a look

More photos of the run can be found here